The World from MaxieC's Perspective

One of the great things about digital cameras is that they give an inexpensive outlet for the creative energies of a two-year-old. What follows is a series of images captured by MaxieC. I have posted the entire series in chronological order in order to preserve the artist's vision. As always, if you click on a picture, you can see the full-sized version of it.

Being a renowned art-critic, I will provide commentary for you, my less-accomplished reader.

This first vision is taken from the fambly room looking into the kitchen. In it, the artist has carefully posed the man to form a moving juxtaposition with the white column. Note how the oblique angle of the man's torso perfectly matches that of the column, and how the white of the column and the man's shirt blend together in a way that is just slightly not perfect enough to look fake. The viewer is presented with an image that draws parallels between the tall, strong, and lean man with those same characteristics of the column. 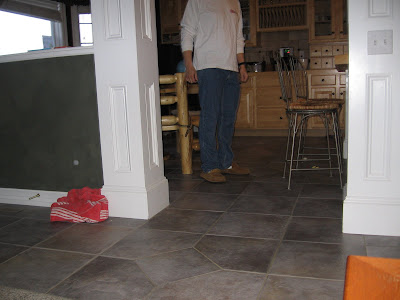 This next vision, which the artist entitled "My Banana," is a comment on the decadence and wastefulness of a Western society that drives continual destruction of the rain forests in a never-ending effort to feed the ever-growing consumerism of a culture in decline. 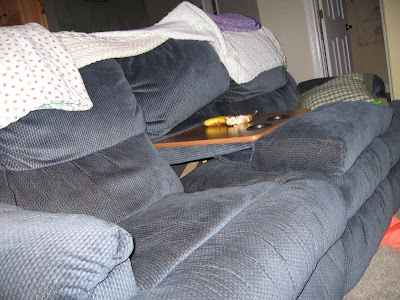 The artist raises his eyes in an effort to connect to God. He sees the light. But then he is overcome with a feeling that perhaps even God is simply an invention of the Western, capitalist machine. His vision is one of ennui. 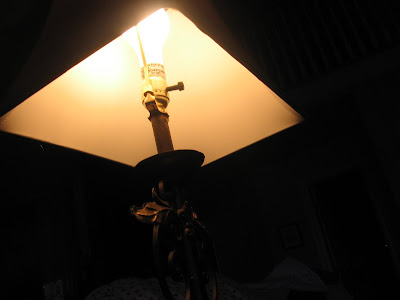 Adrift from questioning the existence of God and the meaning, and perhaps even being, of his own existence, the artist searches desperately for an anchor point. This vision captures the sense of smallness, of lack of control, eyes veering quickly from one object to another in a frantic, almost panicked search for guidance. 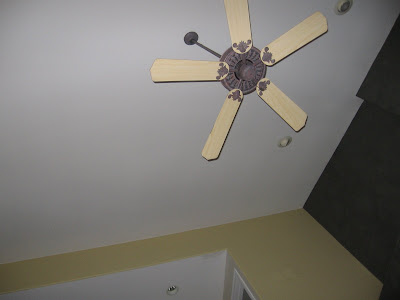 And there it is. Just when all seemed lost, onto the scene charges the unlikely character of the lead guitarist for Flo Jackson. Is this the artist's Brian Boitano moment? 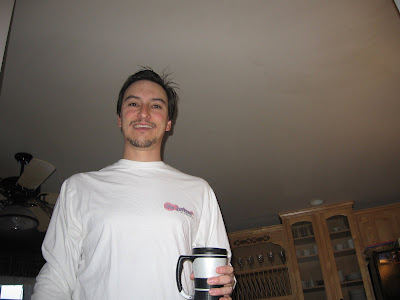 Look, look. The call of decadence. Do not fight. Do not search for deeper meaning. Let Flo Jackson guide you. Look, there is a funny, talking penguin. 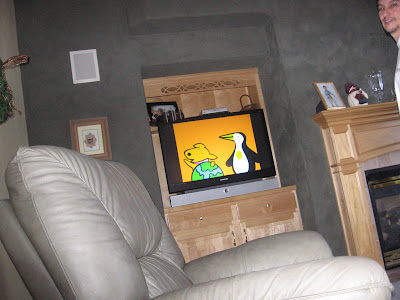 The artist no longer searches the heavens. The artist's vision is one of eyes cast downwards in shameful complicity. 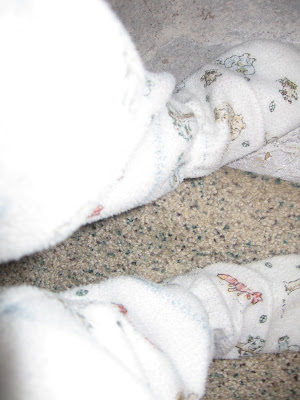 The artist, in this self-portrait, is conveying how his surrender to Western decadence has cost him his focus, his definition. The lure of the funny penguin is too much for our young souls. 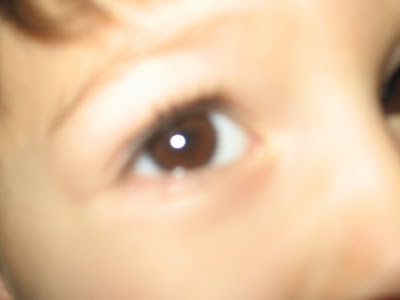 ennui. that's French. Please punch yourself. And not one of those pansy-ass CherkyB punches, but a serious ScottyM punch.

Such imagination!
and the interpretation is astounding.

I laughed, I cried...
Who is MaxieC's agent? and where is his next show?

The depth and profoundness of his work is astounding. His sense of composition brings tears to the eyes of experiences artists.
And the sophisticated usage of color, dominated by neutral tints accented by hints of pure hues, is awe-striking.
And the bold messages - especially the moment when he reveals to the world the reason for his search for a more meaningful existence, just before casting his eyes down in sorrowful acceptance. The look in his eyes says it all. Heartrending.

In short: you must be bore out of your mind, Eh?

And - what is it with this sudden beard-growing trend?
Is there a new movement of following the footsteps of The JohnnyB, that we are unaware of?

You and TexieD - have you finally seen the light, just like MaxieC?

it really looks like the world would from the perspective of a little person.